Projects that have a positive impact through renewable energies

Worldwide, an estimated 1,2 billion people do not have access to basic electricity. In Africa alone, that number is a staggering 635 million people, that’s 57% of the entire population.

Access to electricity is the basic prerequisite for all social and economic development.

Just take a moment to imagine your day to day without electricity....

Thanks to the Hydrobox power plant imagined by John Magiro, rural households in Kenya now have access to sustainable, affordable and reliable electricity.

‘John Magiro, who is commonly referred to as ‘engineer’ in his village in central Kenya started his mini hydro project in 2016 after completing secondary education. He started with a bicycle dynamo to generate power for his family. The community could not afford to raise the required money to approach Kenya Power and this made his neighbours seek his consent to share electricity he generated from the bicycle dynamo. This gave him sleepless nights wondering how he could use the locally accessible materials to generate power that could feed his village. Using knowledge gained from his physics class, he proceeded to Ngendo river, which had a waterfall and started the project. The news spread and John received the support from the Kenyan Government and private investors to scale up his concept to a professional Hydro power plant.’ 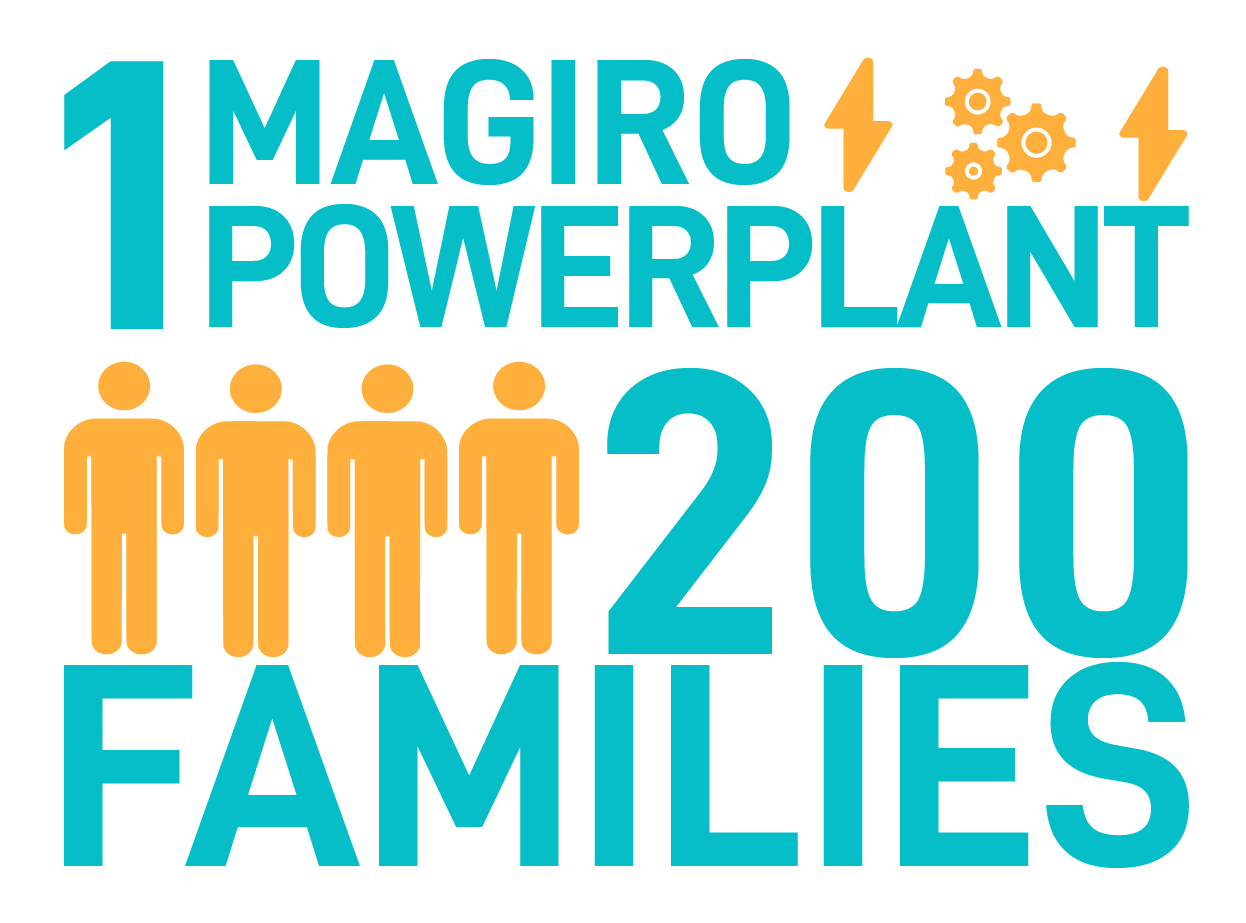 Positive impact of the project

With a current generation capacity of 60 kW, the annual green electricity production by Magiro Power is 290.000 kWh/year which represents a reduction of 170 tonnes CO2 per year.

The installation of Magiro Power plants also supports the developments of local industry and professional agriculture and gives access to modern education and digital information.